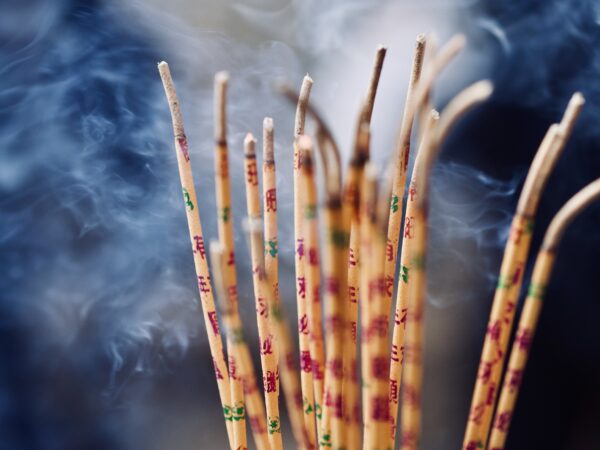 According to legend, the quick rabbit always felt superior to the ponderous buffalo.
When the Jade Emperor called all the animals to his festival, the rabbit also set off. Certain that he would be the first to reach his destination, he lay down in the sun to rest. When he arrived, however, he found that three other animals had arrived ahead of him in the meantime. Among them was the buffalo, which he always looked at disparagingly.

The new Chinese year begins on 22 February 2023. It is the Year of the Rabbit, which is the fourth symbolic animal of the Zodiac.
The sign of the Rabbit symbolises abundance, fertility, peace and promises a time of tranquillity and prosperity. It is considered the best diplomat among the Chinese zodiac signs and is a symbol of intelligence, clarity, order.
He is characterised by kindness, care and compassion.
Chinese soothsayers accordingly expect greater social cohesion, conflict resolution and overall harmony.

The year 2023 is characterised by Yin and dominated by water.
Yin, the female principle, supports us in finding balance and calm. To go within and to reflect. The flexibility of water enables us to allow even more new and unfamiliar things. It is calm and gentle, but also powerful and holds qualities such as devotion, adaptability and fluidity.

The rabbit stands for stability, prosperity and healing within. In combination with water, it will be a year in which we can take the space to listen to our needs and follow them. As a supportive practice I would like to recommend Yin Yoga.

The roots of Yin Yoga lie in the Taoist tradition.
It has a decelerating effect, the focus is on regeneration and rest. The exercises can help us to reconnect with our body, to look inwards and dive into deep relaxation, to come into harmony with ourselves.
Yin Yoga addresses deep layers of the body such as fascia, ligaments, tendons and joints. It brings the stillness within you to life and is necessary to balance our yang-influenced culture.